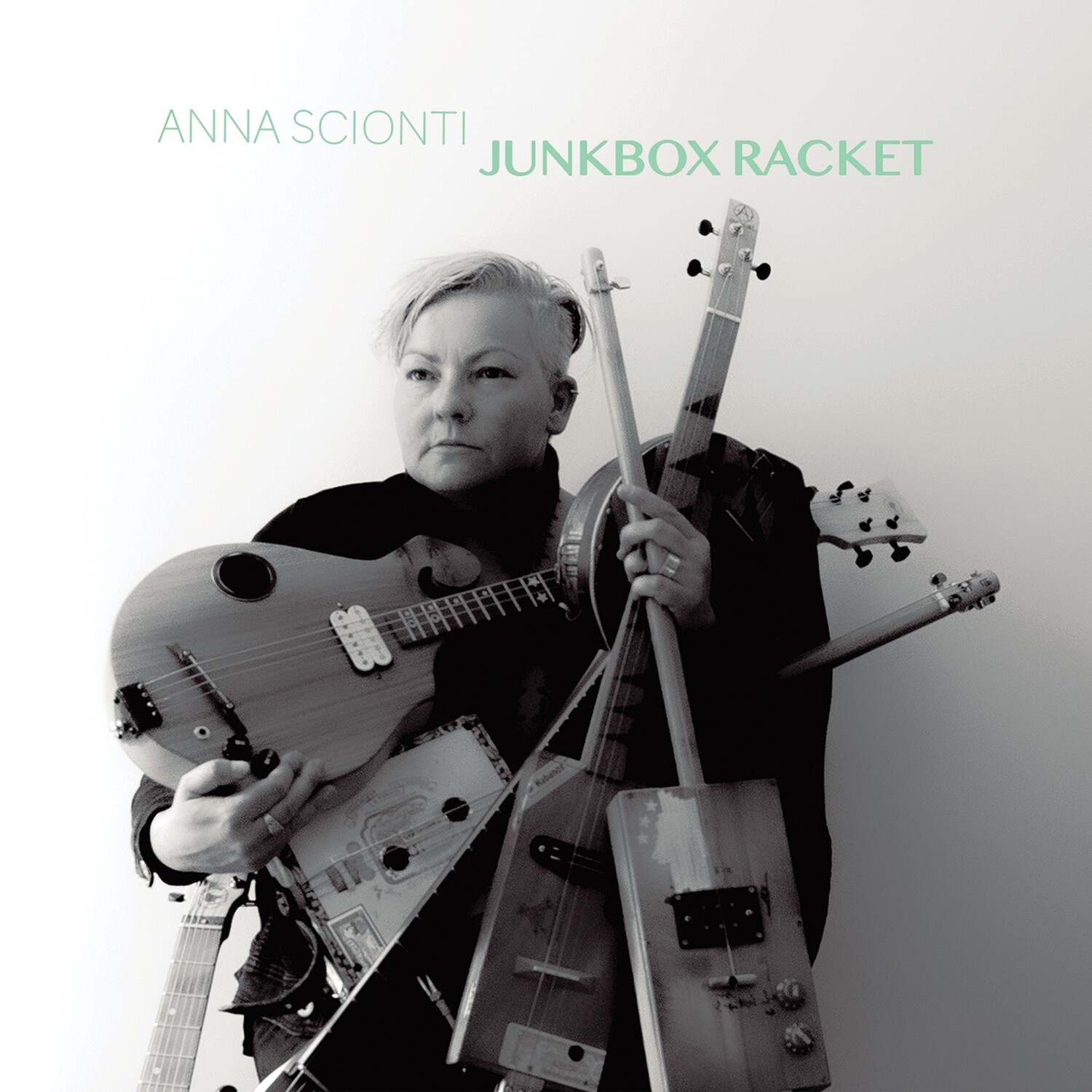 JUNKBOX RACKET is Scionti’s newest album giving you a reason to get up and dance!

When left alone with a bunch of guitars out comes a collection of songs that are rebellious and raw. Recorded in 2020 JUNKBOX RACKET includes ten songs played on six uniquely crafted hand-made cigar box guitars and Anna’s 1960’s Gibson melody maker!

All songs written by Anna Scionti ©2020

Save this product for later
Display prices in: AUD

Nominated for the 'Best Blues Album'

as part of the